A tweet written in limerick led me to respond in kind:

After laws broken daily for years,
“Shocked, Shocked” are a Speaker and peers.
Now they’ll risk reelection,
raising one thin objection.
“Too little, too late” are my fears.

Limerick is not my preferred format. I usually prefer haiku, or (as here) senryu. There's something calmer and more elegant about it. So I also tweeted a senryu, perhaps as apology for the limerick above:

Crimes mount by the day.
Biden chides, “soon, it's too much.”
What was it before?

Posted by netsettler at 1:23 AM No comments:

Losing Ground in the Environment 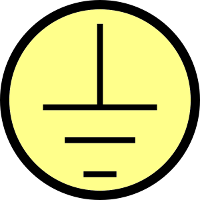 “a ‘ground’ is usually idealized as an infinite source or sink for charge, which can absorb an unlimited amount of current without changing its potential”
— Wikipedia
Ground (electricity)

There is a notion in electronic circuits of something called a “ground.” It takes its names from the ground we walk on, and the idea is basically that the ground, really the Earth itself, is so incredibly big that it contains an infinite number of electrons, the “stuff” of electricity. So if we ever need a source to draw electrons from, we can get them from the ground. If we ever need to get rid of some electrons, we can just pump them back into the ground.

It's for this reason that we have a “ground” pin in our electrical outlets, in hopes that rogue flows of electricity will make a beeline for the ground rather than flowing through our bodies. Plenty of room for more electrons in the ground.

Another way of thinking about “ground” is to say it's something we don't have to account for.

Consider, for example, a tool for keeping track of your finances. Such programs keep track of several kinds of entities, but among them are typically things usually called something like an “income source” and an “expense category.”

An income source is as a place from which income arrives. When you say your employer is the source of your income, that's really all you need to know. It's not really consequential where the employer got the money. If you had to track such things, there would be no end to it. They might have gotten it from someone else. But where did they get it? It goes on and on.

Expenses are the same way. You pick an expense category like food and you tell the program you spent $20 on food. It doesn't really care what the food place did with the money. As far as it's concerned, you can spend as much as you want and that's the end of it. All gone into who-knows-where.

We think of these as ways of accounting for stuff, but really they are ways of not accounting for things. Out of sight, out of mind. That's what grounds are for. They are a way of notating the idea that beyond this point, we just don't care.

“Europe was hitting up against nature's limits. They'd overfished their rivers, felled their great forests, and hunted their big game. When European conquerors stumbled upon the so-called New World, they thought they'd hit the jackpot. They saw in the Americas a kind of supersized Europe that would never run out of fish, trees, gold, fur, or any of that bounty. … The official story of our countries is a story of endless nature, wilderness to be devoured without limits.”

Naomi Klein's excellent and insightful video “What's In a (Trump) Straw?” makes the important observation that people have been used to thinking about the world as infinite, when really it is not. In this case, it's not electrons we're talking about, however.

In her conceptualization, there is a kind of rough analog of income sources—the bounties we draw from the earth: fish and game, trees, and so on. And there is also an analog of expense categories—the various kinds of pollution we give Mother Earth in return: sewage, plastics, and air pollution of various kinds.

Stuff we never previously had to account for, because we had a belief that the world was so infinitely large that it would supply us with as much as we needed of whatever we wanted. And we deceived ourselves into believing it would gracefully accept in return as much crap, both literally and figuratively, as we wanted to throw back at it in return.

The Earth is still big enough that we haven't used up its capacity to act as an electrical ground.

But it is not big enough that we can pretend there are infinite trees to cut down, infinite fish to catch, or that there is infinite capacity to spill oil into the oceans or pump smoke from fossil fuels into the air. 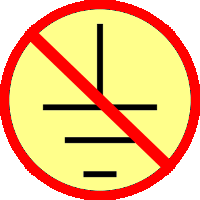 As population has grown, we've reached our limits. We should have been paying better attention.

But at this point, the pleasant fiction offered by the “ground” metaphor, that there's some point in the world beyond which we don't have to account for these things, that things can be thought to go into or come from the ground as if by magic, is long past. Nature is holding us to account.

We must start caring about population growth and resource use. We should have been doing that all along. It's going to be a big change. It's not something we're used to doing. But there is no alternative.

We keep making more people, but we aren't making more planet and we're using up the one we have. That's a bad recipe. If we're going to survive, we need to get these things into balance.

If you're looking for further reading, I highly recommend Naomi Klein's new book, On Fire.

Posted by netsettler at 7:13 AM No comments:

What's the most civilization-destroying error in climate communication? I guess this is something that people might disagree on, but to me it has a very definitive answer: It's talking about climate change severity in terms of degrees Celsius (°C).

To begin with, it seems like using Celsius rather than Fahrenheit has to make it easier for folks here in the US to lowball or ignore those numbers. We're used to bigger numbers. For example, 3°C sounds small, since we're used to hearing it referred to as 5.4°F. The use of small numbers surely causes some people in the US to dismiss worries over temperature change even faster than they already seem predisposed to do.

Another problem is that use of degrees is a linear measure, but °C as a measurement of badness is confusing because the badness doesn't grow linearly. In other words, if a rise of 1°C has some amount of badness B, it is not the case that a rise of 2°C is twice as bad, and 3°C is three times as bad. The rate that things get bad is worse than that. Some sort of upwards curve is in play, perhaps even exponential growth like Michael Mann's hockey stick. If small integers are proxying for exponential degrees of devastation to society, that's another reason °C is a bad measure. Well-chosen terminology will automatically imply appropriate urgency.

And, finally, measuring Climate Change severity in degrees seems to me an open invitation for people to confuse weather with global average temperature. I'm just sure it must affect their sense of urgency. After all, daily weather varies hugely with no global consequence. Small numbers of degrees sound like something that should influence whether you pick out a sweater to wear for the day, not whether human civilization is at risk of coming to an end.

we might better understand conversations warning of climate danger. I'm not wedded to these particular words, but they illustrate what I mean by “qualitative” rather than “quantitative” measures. I'd just like the scientists to move away from dinky little numbers that sound like harmless fluctuations on a window thermometer.

To me, small numbers are too abstract and clinical. I think we need words like this that evoke a more visceral sense of what the world looks like if temperature is allowed to rise. Rather than talk about “5°C rise,” I would rather people talk about “climate that threatens civilization itself,” because then we'll have an ever present and highly visible understanding of the stakes.

By the way, an early version of this idea was something I tweeted about in May, 2019.

Posted by netsettler at 3:55 AM No comments: